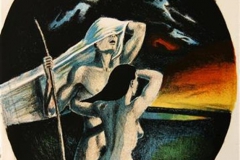 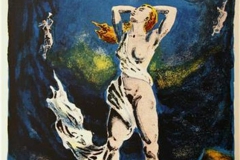 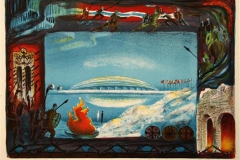 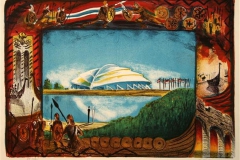 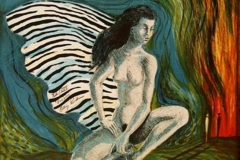 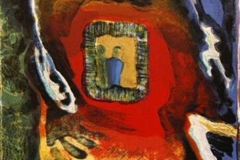 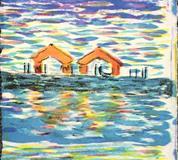 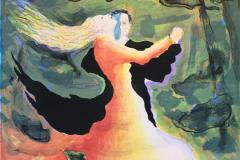 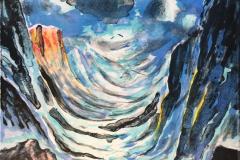 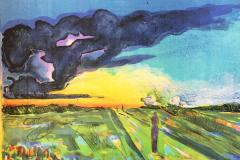 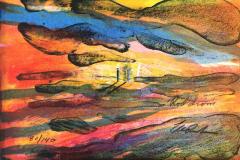 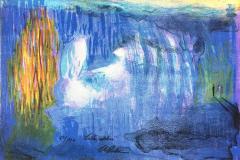 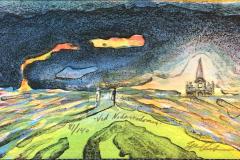 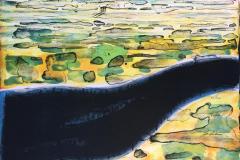 no images were found

Education and Influence
Cand. Phil in German and English with Master-assigment “The Grotesque in Shakespeare’s Tragedies”.

Elling Reitan is a pupil of Odd Nerdrum and Bjørn Sverrbo and his mentor is Jens Johannessen. He dedicates to Jens Johannessen his use of the butterfly motif which in many of his works spreads its wings out from a woman’s body or from a “picture in the picture”.
However, the artist has found and developed his own, specific style, often influenced by Edvard Munch and religious Middle Age motifs in strong colours.
He has participated in more than 150 separate- and group exhibitions in Norway and abroad, and he made his debut in a juried exhibition in Trondhjem’s Kunstforening in 1979.

Today, Elling Reitan is one of Norway’s most reknown and popular, contemporary multiartists (paintings, watercolours, coal drawings, lithographs, colour etchings (carborundum), serigraphs with mixed media and glassware art) and hardly anything in his artworks now shows sign of his artistic education and influence. He has found his personal style which is unique for him, strong colours, motifs and composition and the final art works acknowledge Elling Reitan’s special hallmark. He is often called “The artist with the beautiful colours”.

The stroke pair
The pair in black and white (Yin and Yang) was utilized for the first time in 1983, mainly to create depth- and perspective effects. Today the stroke pair has found its natural place in all of Elling Reitans’s works on an equal level as the artist’s own signature.

Themes
The artist has had several theme-exhibitions; Peer Gynt and Ibsen’s Women in the Ibsen Year 2006 (Paris and Oslo), Apocalypse with the subtheme the nature bleeds, which is his warning about the climatic changes (Bogense, Denmark, Oslo, London, New York and Bangalore, India).
In addition, he often uses the Madonna-figure who is “the Mother of all women”. It is the women’s particular spiritual creatures which often preoccupies the artist. In many of his works, these are often his reflections and thoughts.
Another theme is man’s yarning in time and space. One can often see in his works persons regarding the horizon (symbolized by strong and vibrant lights) with their shadows in projection.